Singer/ songwriter K. Flay made an appearance at InCuya Music Festival on August 25, 2018.  The festival was organized by AEG Presents, the Cleveland Concert Company and Destination Cleveland in partnership with the Rock and Roll Hall of Fame.

WHAT: Coming off the successful release of their new EP, East Lansing, LA-based rock band Halo Circus is back on tour, this time with Ruby Rose Fox opening. They will be performing at Musica in Akron. The tickets are $10 at the door and an additional $2 for persons under 21. For more information, visit http://bit.ly/2rNTzq8.

The band recently released their new EP “The East Lansing Sessions,” recorded during their stop in East Lansing, MI. The 5-track EP features stripped-down, raw acoustic versions of singles from Bunny with “Nothing At All,” “All I Have,” and “Band-Aid;” along with additional tracks “Stand Up” and “The Needle and the Damage Done.” The EP premiered on Yahoo Music and is already receiving rave reviews from Popdust and Celebmix.

During their Kent State University concert on Sunday, Oct. 30, 2016, the 1975’s lead singer, Matt Healy talks about the importance of voting and his feelings about a certain candidate. 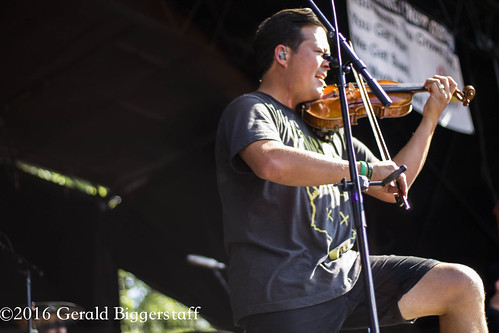 The above photo is my entry in a contest over at Talenthouse’s web site. Please vote for my entry and tell everyone to vote for me. Here’s the link:
http://www.talenthouse.com/creativeinvites/preview/a2e7f524b299d071250c9aad5690e2d9/7119
Your support is greatly appreciated.

Saturday night I interviewed DJ Drew G. Montalvo.  I first became aware of Drew in June of last year.  DJ Drew G. brings Dirty Pop, a creation of his, to Piranha Nightclub here in Vegas once a month.  His Dirty Pop podcast is available on iTunes.  I highly recommend downloading it.  Dirty Pop takes the hits of today and mixes classic rock, pop, and dance to form an energetic dance experience.  I first briefly met DJ Drew G. at Las Vegas Pride back in September 2011.

For those of you who are unaware of who DJ Drew G. is, here is the bio from his webpage:

Featured on Sirius XM and Perezhilton.com, Drew G’s work is no stranger to the Billboard Club Chart. With his DJ Partner Brian Cua, DJ Drew G has mixed official remixes for some of the hottest music artists on the scene. Recently, he has been spending his studio time producing Mya’s new album, set for release in 2010, as well as working on remixes for the Fame Monster herself, Lady Gaga. Add these names to a list of mega music stars he has already remixed for including Ashanti, Solange, Whitney Houston, Britney Spears, Deborah Cox, Mary J. Blige, and David Archuletta to name a few.

Mentored by Shep Pettibone, EDGE Magazine has called Drew G “One of the most-sought after talents on the dance music scene.” He plays clubs and bars across the United States including The Posh G and HK Lounge in NYC; Cobalt in Washington, DC, as well as Mj’s & Mickey’s in Los Angeles.

Invited to spin at numerous events around the globe, Drew G is the youngest DJ to play the famed Black Party (three times) as well as the legendary Roxy. He has also brought his signature style to high profile events including a 2008 Presidential Inaugural Dance for Barack Obama, Carnival in Puerto Vallarta, and the 2010 Gay & Lesbian Ski Week in CO.

Here is the audio interview:

After the interview, I stayed to watch DJ Drew G. do what he does best, play the best music for his crowd.  Drew took hits from today like “N***a’s in Paris” by Jay-Z and Kanye West and mixed it with Benny Bennasi’s “Satisfaction”.  The guy is also very personable.  Everyone who came up to say hi or talk to Drew were greeted by him as friends.

I also took some photos of Drew in action on Saturday night at Piranha Nightclub here in Las Vegas.

This Sunday, the longest running primetime scripted television series, The Simpsons, celebrates its 500th episode milestone.  As a tribute to The Simpsons, I thought I would share a few favorite moments from the animated series.

In the fourth episode of the seventh season, “Bart Sells His Soul”, Bart is handing out “hymns” out at the entrance to the church.  What ensues is the whole church singing “In-A-Gadda-Da-Vida” by Iron Butterfly.

In “Marge Versus the Monrail”, from season four,  the town of Springfield ends up with an extra three million dollars thanks to Mr. Burns dumping nuclear waste in the city park.  The town gathers to discuss what to do with the money when Lyle Lanley swoops in to advantage of the situation.

When the teachers go on strike in “The PTA Disbands” from sixth season, Bart creates mischief at the bank.  The scene is a parody of the scene at the bank in It’s a Wonderful Life.

Last night after nine months wait, Cougar Town returned with new episodes.  The season three opener, “Ain’t Love Strange”, focused mostly on the relationship between Jules and Grayson but the subplots in this episode were quite hilarious as well.   Episode spoilers after the jump. END_OF_DOCUMENT_TOKEN_TO_BE_REPLACED

Love this article from Annie Barrett at Entertainment Weekly