During every summer around late July, the rock/ alternative festival known as Vans Warped Tour comes to Northeast Ohio at Blossom Music Center in Cuyahoga Falls, Ohio.  Anyone who has been to Warped Tour knows that this festival is the best time to see many of your favorite bands all in one place.  This year was no exception.  The lineup for the 2016 Vans Warped Tour was a veritable who’s who among the rock and alternative scene.  This year was my third year at Warped, once as a fan and the other two as press.  Here is my breakdown of the bands I photographed and watched this year:

This band from Hawaii was very high energy and fun to watch.  Their style of music is coined on their Facebook page as Kona Dub Rock.  Playing early in the day they made to make it a memorable show including shooting confetti at the end of their show.

This was the second time I have seen Mayday Parade and the guys were in top form.  This year they are celebrating their ten-year anniversary as a band. Minutes before their set began, I saw their drummer, Jake Bundrick heading for the stage.  I said hi to him and he said hi to me.  Just yesterday, the band put up their recap video for the Cuyahoga Falls date and you can see me for a split second around :04 at the bottom right wearing a green shirt holding my camera.

We The Kings has been one of my favorite bands for over two years now.  Naturally when I heard they were going to be on this year’s Warped Tour, I was excited at the possibility of photographing them.  I also hoped to get to interview them but alas that was not meant to be this year but I did get to photograph their set which was awesome.  I talked to their merch guy, J-Val and found out they weren’t feeling well that day so they would not be doing any interviews nor meet and greet.  Still they put on a great show and I talked to their tour photographer, Frankie.  Frankie told me that there would be a special guest during the We The Kings set and he was not kidding.  Cleveland’s own, Machine Gun Kelly made an appearance at Warped during the WTK set.  We The Kings and MGK performed a mashup of Jimmy Eat World’s “The Middle” and Machine Gun Kelly’s “Wild One”.  After the WTK set, I went to the We The Kings merch tent and met the band’s sound tech and great friend, Ben Snacks.

The rock band from Paris, France put on a high energy show which included a performance of their version of Smash Mouth’s “All Star”.  Later, I interviewed the band’s lead singer, Bert Poncet, and we talked about Smash Mouth’s reaction to Chunk! No, Captain Chunk!’s version of their hit among other topics.

I came very close to scoring an interview with Good Charlotte but plans fell through.  I did get some great pictures of them though.

Seeing Yellowcard was bittersweet.  A couple of weeks earlier, the band announced that they were breaking up in the fall after they do their farewell tour to promote the final album.  Unfortunately, Cleveland was not among the cities that the band would hit in the fall.  Ryan Key, lead singer of Yellowcard, explained that they tried to get Cleveland in the list of dates but it could not be worked in.  Their appearance at this year’s Warped Tour was to be the last time they would play as a band in Cleveland.

The Story So Far 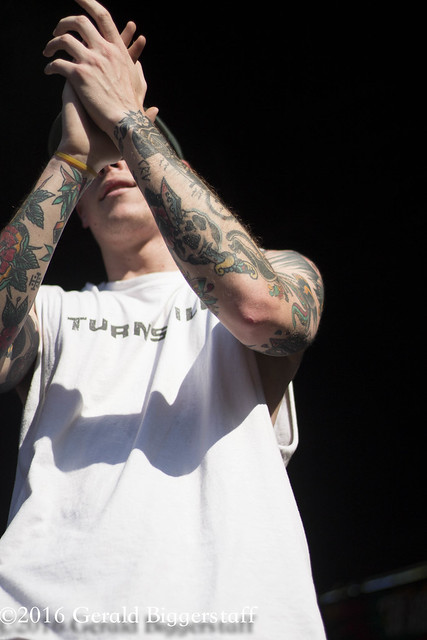 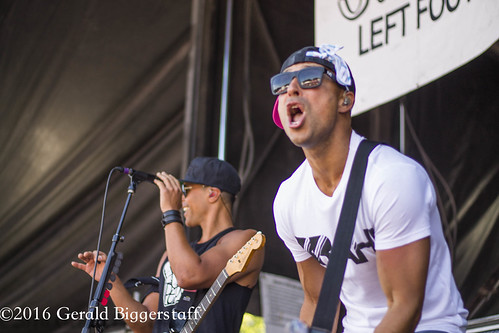 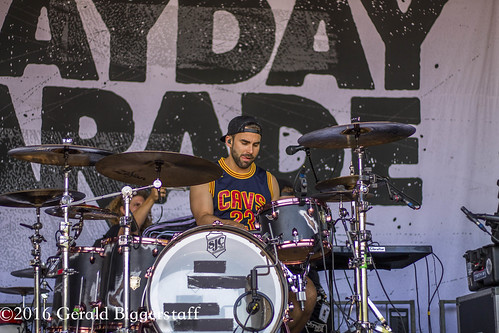 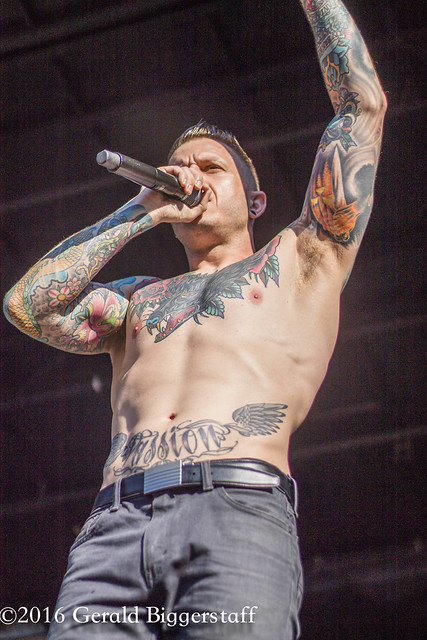